WHY iS IT CALLED A P-Patch?

Community gardens, like Colman, strengthen networks through cooperative ventures; a source of pride among residents; and a visible product of land stewardship and a healthier urban environment. Established in 1974, Colman Park P-Patch is among the cities oldest p-patches and is located on the site of an old Seattle Parks nursery near the north and west entrances of upper Colman Park. The 40 plots terrace down the hill towards the lake and are gardened by a diverse community of individuals, including many families with young children, a private elementary school and several garden plots devoted specifically to food bank donations.

Last year, the Colman P-Patch was proud to donate over 460 pounds of fresh, organic produce to several food banks. The gardeners come together here to create community and maintain a physical connection to the earth by planting, and maintaining a piece of open space in the heart of an Olmsted legacy park.

Wander through and enjoy the views: each terraced garden reflects a different gardening style and a wealth of different plants, from seven-foot tall sunflowers to mini watermelon cucumbers. It’s a beautiful spot to picnic, listen to the melodic bird song and enjoy the beauty of gardens in bloom.

Interested in tending a plot of your own in Colman Park? More information can be found here. 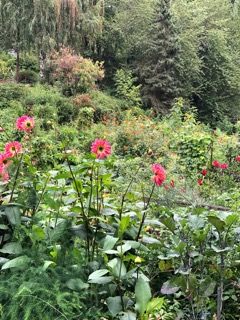 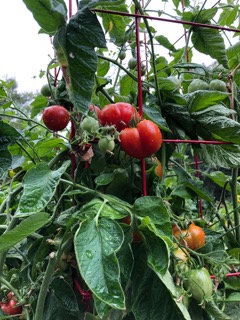